Water electrolysis is the process of using electrical current to split water molecules into hydrogen and oxygen, which can produce zero emission hydrogen when paired with renewable energy. Currently there are two major processes used for hydrogen production by electrolysis: traditional alkaline electrolysis and PEM electrolysis (also known as polymer electrolyte membrane electrolysis).

Traditional alkaline technology operates using a liquid KOH electrolyte solution to transport negative OH– ions (anions) with a porous diaphragm to separate the two half cells. PEM systems use a solid polymer electrolyte that selectively conducts positive ions (protons) to participate in the water splitting reactions. An overview of the electrode reactions for both technologies is showcased in the diagram to the right.

In PEM systems, the conductive solid polymer electrolytes allow for a high current density and efficiency, reducing the required size of cell. The solid state design allows for intermittent operation, which readily enables pairing with renewable technologies. However, PEMs create highly acidic environments and require the use of significant quantities of expensive catalysts such as platinum and iridium as well as titanium components.

Alkaline processes have a different electrochemical environment that enables use of non-precious catalysts such as nickel and iron. Reduced corrosion in alkaline systems allows stainless steel or other non-titanium construction, which significantly reduces capital cost over PEM electrolysis. However, due to the liquid electrolyte, intermittent and variable operation with renewables is difficult and permeability of the separator results in a lower-purity hydrogen. 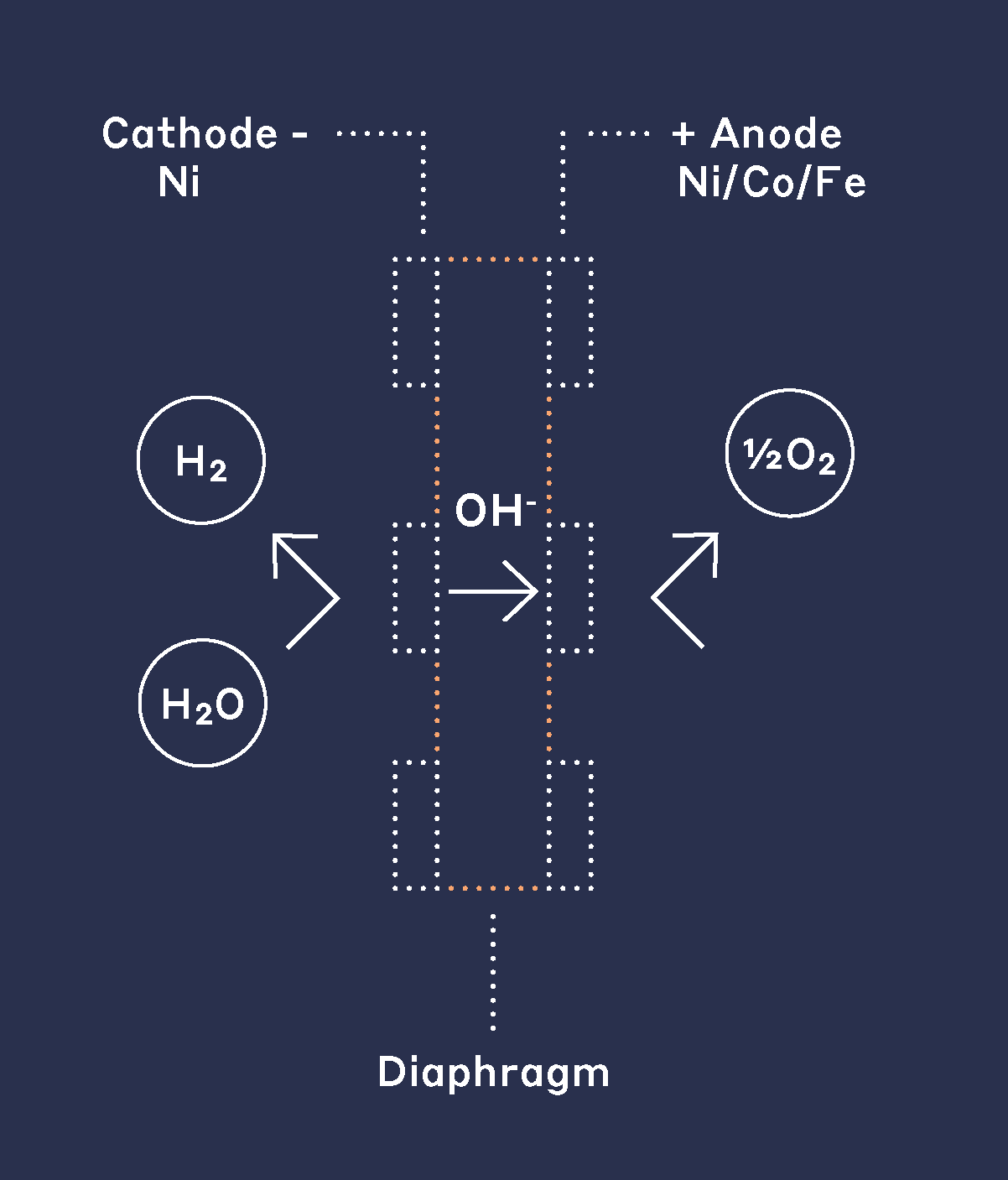 Ionomr materials enable systems with non-precious metals to achieve world-leading performance and efficiency. They are available in the following applications: 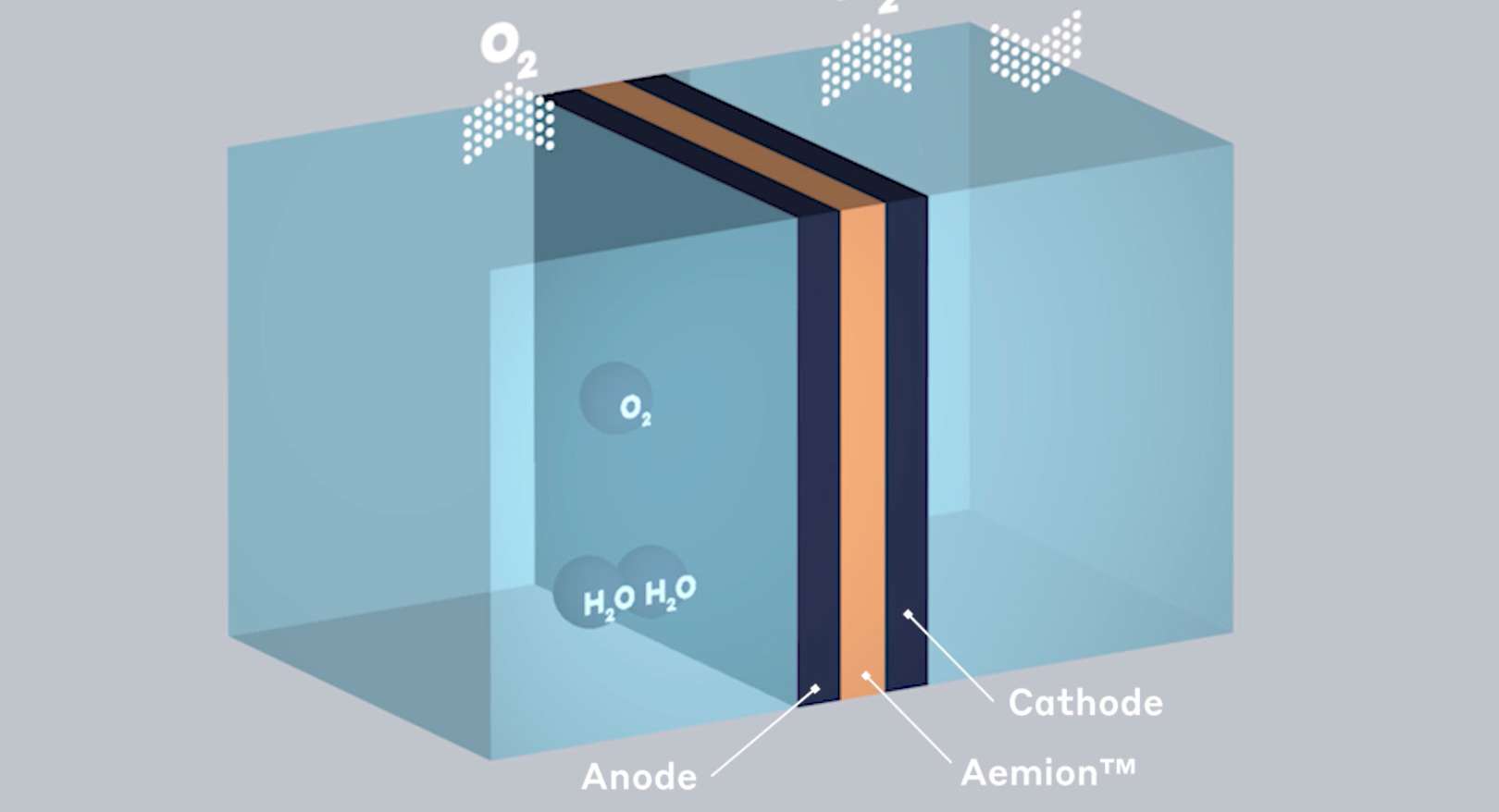 Aemion™ membranes were developed specifically for use in hot and strong alkaline environments.