Triple the Conductivity of the Industry Standard

PEM electrolyzers are the most common hydrogen generators when used with intermittent renewable power sources (e.g. wind & solar), due to their high efficiencies and ability to rapidly cycle.

Pemion™ membranes have more than double the conductivity of the industry standard, Nafion®, in addition to greater maximum operational temperatures. They are engineered for chemical stability, showing longer lifetimes than perfluorinated materials in both Fenton and DOE accelerated stress tests. Lower catalyst loadings are achievable using Pemion™ polymer in the electrodes, which results in significant capital cost reduction.

PEM electrolysis involves the breakdown of water under an electric current in the presence of platinum and iridium catalysts, along with platinum-coated titanium electrodes. Hydrogen ions (H+), also known as protons, migrate across the membrane where they combine in the presence of platinum to form hydrogen gas (H2). Once recombined as H2, the molecule can no longer cross the membrane and is captured as high-purity hydrogen. By integrating membranes into the system architecture, the resulting stacks are up to 90% smaller than comparable alkaline systems. The solid electrolyte enables rapid on and off cycling, making it the perfect companion for intermittent renewable energy sources.

Aemion™ membranes were developed specifically for use in hot and strong alkaline environments. 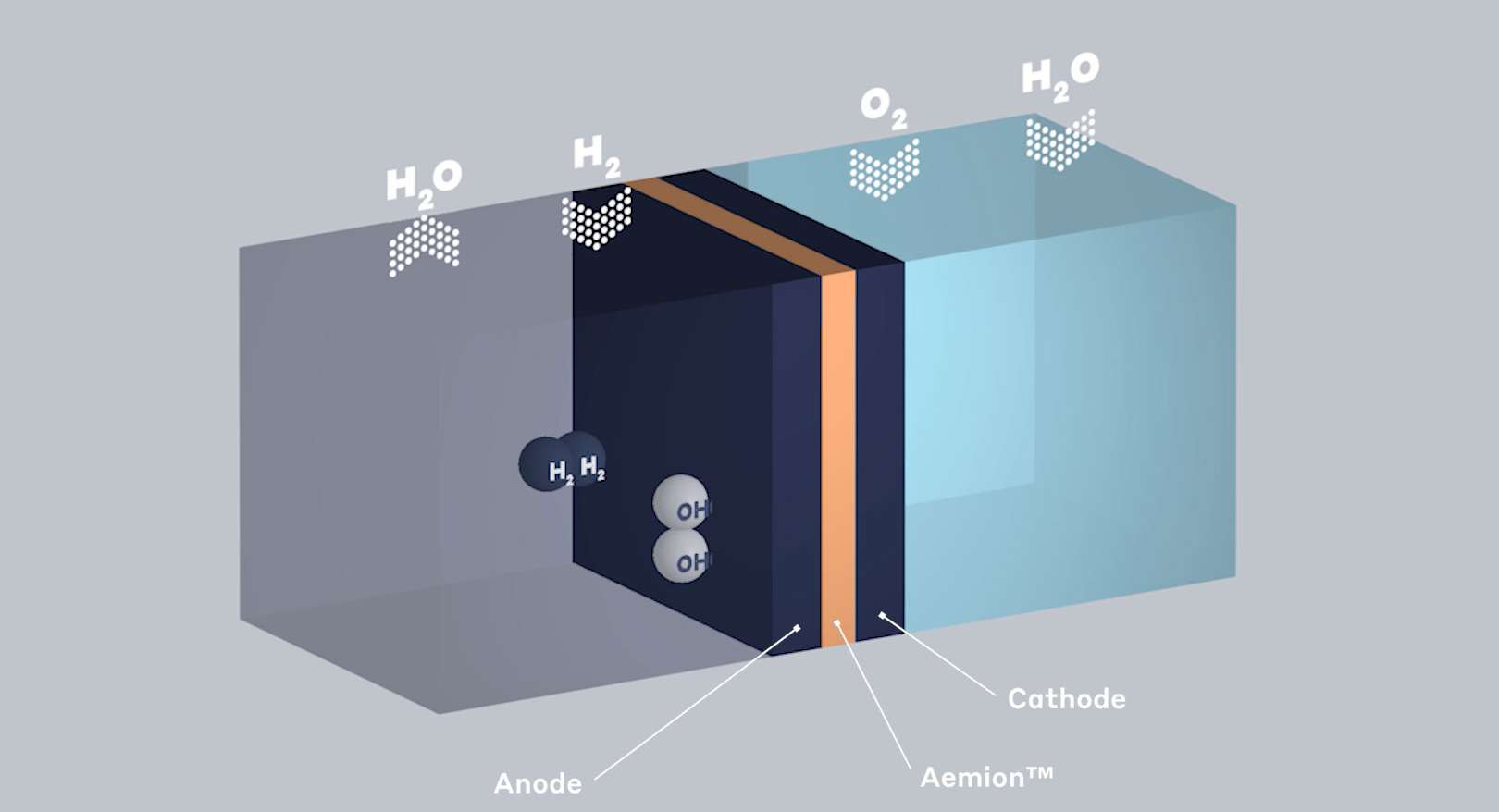 Aemion™ membranes were developed for stability in strong alkaline solutions under the oxidizing conditions of high voltage and current. 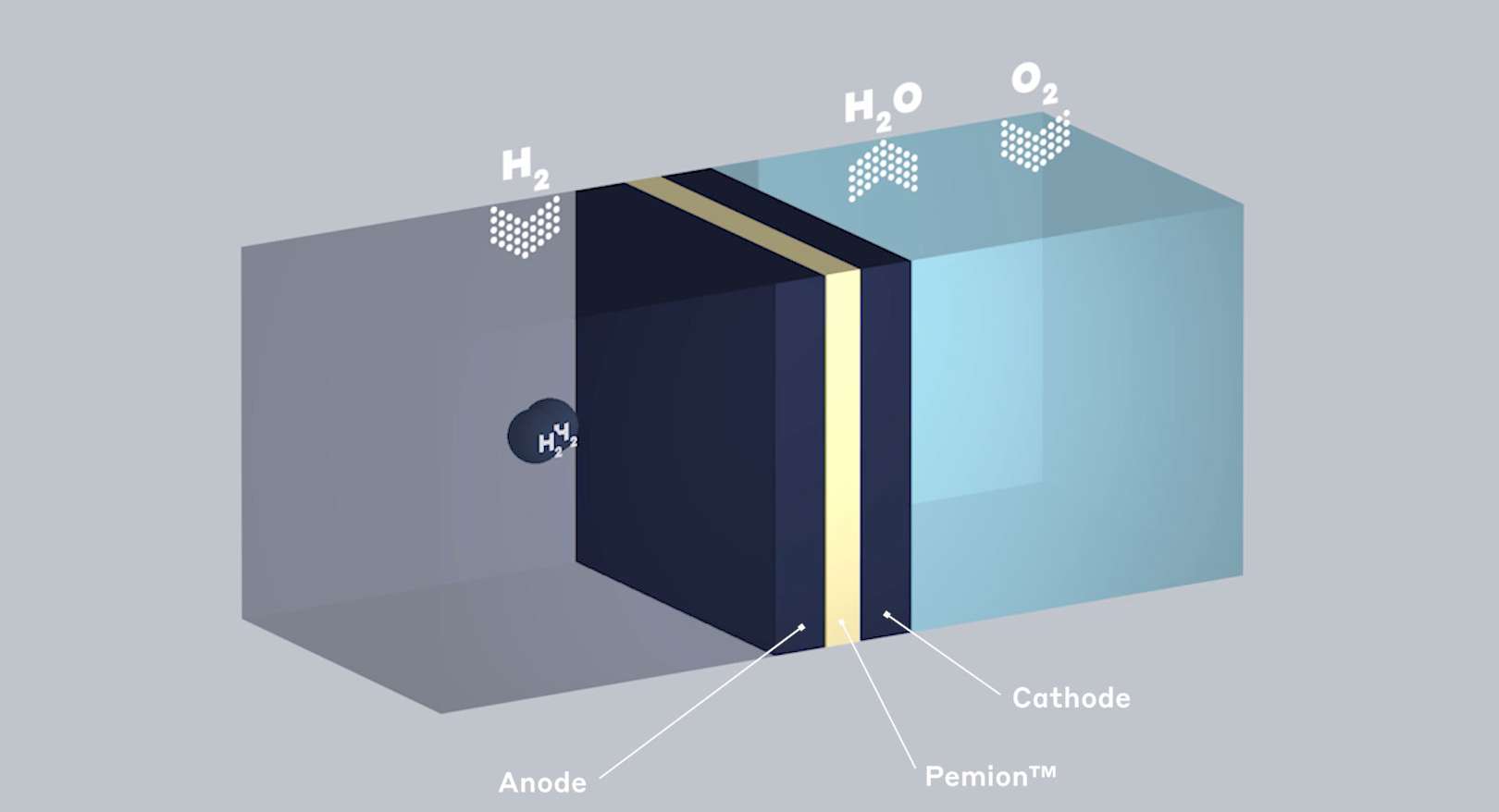 Pemion™ membranes have been developed for superior chemical stability, showing a significant increase in lifetime over perfluorinated materials in Fenton and…